Whilst older wiring systems with re-wireable fuses and a lack of earth provision in the lighting aren't classed as dangerous, they could be improved to make them much safer via a rewire and the addition of RCD or RCBO protection. On average electrical cable does begin to degrade after 50 years in service. Much of the wiring from the 1950's, 1960's, and 1970's doesn't have provision for an earth in the lighting circuit, which means only plastic light fittings and switches should be used. 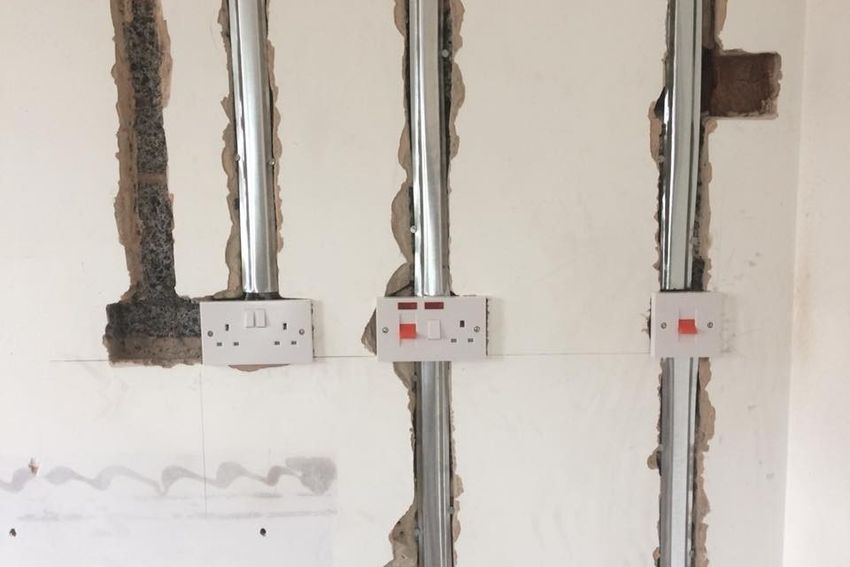 There was a problem in the 1960's with the use of Vulcanised Indian Rubber (VIR) cable which degrades very quickly and becomes unsafe. Also an aluminium stranded type of cable was widely used.

The older systems were designed to protect the cabling in the walls, with an overload protection device such as fusewire type rewireable fuse or MCB in place. A modern RCD or RCBO system has that protection and additionally an earth protection system, whereby if an appliance or something metallic becomes live the RCD will trip thus preventing electric shock.

To install a new cabling system within a house we have to lift floorboards, chase walls, sink new sockets and then run new cabling back to a new consumer unit. The time it'll take will depend on how much furniture and carpet we'll have to move and if you're still living at the property.

A domestic rewire is a big job and also for the customer in terms of cost and the scale of work to be done on their house. Despite the best will in the world this is a messy process! Generally we try to advise that the house is empty and unoccupied to reduce complications when we cut the existing power supply/reinstate power and put floorboards back down.

We often describe the need to have a rewire as the difference between a modern car with airbags and hundreds of discreet safety systems such as ABS. ASC, etc versus an older car with none of this. There's fundamentally nothing wrong with an older system it's just not as safe as an RCD system.

Get in Touch Today